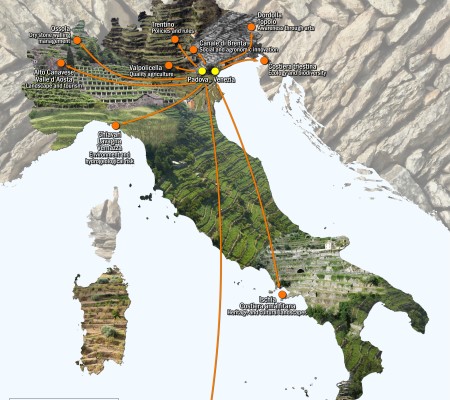 Here is the map to reach the place (Santa Croce 191) from the train station.

From Venice to fieldsites

From the 8th to the 12th of October the Meeting will split up in 10 different locations. Transportation, food and accomodations will be covered by the organization. Departure is scheduled on the 8th of October from the train station of Venice Santa Lucia. The international meeting will be held in any site about the assigned theme and direct experiences about a specific terraced landscape will developed together with local communities. Transfer to the plenary session in Padua is scheduled on the 12th of October.

The Plenary final session of the Meeting will be held from the 13th to the 15th of October  at the Orto botanico of the University of Padua. The Botanical Garden was founded in 1545 and it is the most ancient univerisity botanical garden in the world still remaining in the original location.  In 1997 it was registered in the UNESCO World Heritage List. In October 2014 a new branch of the Garden was opened, the Garden of Biodiversity, in which the final session of the Meeting will take place.

Here is the map to reach the Botanical Garden from the Padua train station.

By plane
From Venice. There are many options to get to Padua from the Venice airport.
From Treviso. You can either go to the main Treviso train station or take a direct bus to Padua.
From Verona. Get a bus to Verona train station and from there a train to Padua.
From Bologna. Get a bus to the train station and then a train to Padua.
A shuttle service is available for all the airport listed above (Air Service Padova).
There are also many other international flights to Bergamo (Milano Orio al Serio), Milano Malpensa, Milano Linate.
By train
You can find the travel information here or here.
By car
Please check the official page of the city of Padua to have information about parking in the city 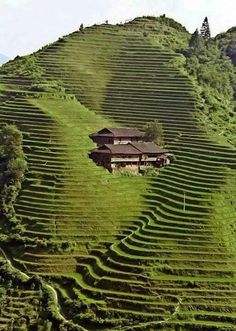 House sharing (Padova)
Rooms and beds are also available in apartment of students and researchers of the University of Padova. Prices range from 15€ to 28€.
Info: Housesharing ITLA2016