Aims of the 3rd World Meeting

Terraced landscapes are all over the world. They are the tangible evidence of how human life can express itself in the steepest slopes of mountain and coastal areas of the world.

Despite the multi-disciplinary values that terraced landscapes represent throughout the world were scarcely appreciated in the past decades, indeed the interest in their wise management and broader understanding has been constantly growing since the end of the past century. Some of the terraced landscapes have been recognised at international level for their importance (terraces of Ifugao in Philippines, Yuanyang terraces in Yunnan – China, Bali in Indonesia, the Italian Cinque Terre and Costiera Amalfitana included in the UNESCO World Heritage List). However, many other terraced landscapes in the world are abandoned or facing the same risks of collapse, banalisation or destructive urbanisation, loss of their precious intangible knowledge and soul heritage.

The Third World Meeting on Terraced Landscapes will provide a powerful impetus for international efforts to protect and value terraced landscapes. It offers to the participants from other continents a profound insight into the remarkable heritage of terraced landscapes in Italy and in the surrounding countries of the Mediterranean basin and central Europe.
Caring for terraced landscapes means that these landscapes can meet different needs such as cultural and historical value, environmental and hydrogeological functions, quality of life, community empowerment and sustainable development.
We need to experiment and to share new sensible visions, new strategies and functions for terraces and their inhabitants in term of capability, inclusiveness, fulfilment and happiness.
For all these reasons, the International Terraced Landscapes Alliance and its Italian Branch and the 10 main partners of the field sites have the privilege of welcoming you at the Meeting “Terraced Landscapes: Choosing the Future” from 6th to 15th October 2016 in Padua and Venice: a unique opportunity to participate in the generation of ideas and in the formulation of multiple scenarios on the future of terraces in the world.

The First International Conference on Terraced Landscapes was held in the People’s Republic of China in November 2010. The prefectural government of the Red River prefecture – the mountain region of Ailao where the multiethnic ancient terraces with water have been managed since ever/centuries – convened, funded and held it in Mengzi (Yunnan) with more than 90 international experts coming from 16 countries and more than 150 specialists coming from China. The Conference was held under the auspices of UNESCO, FAO, Ramsar Convention and various Chinese Institutions and Ministries. Five parallel workshops, and a Farmer Forum, were set up and organised by a dedicated team and facilitators coming from the Honghe University.
The topics dealt with History and Culture of Terraces, Impact of Tourism on Terraces, Organic Production on Terraces, Management of World Heritage Sites, and Policies and regulations affecting Terraced Landscapes and Cultures. At the end of the Conference the Honghe Declaration was approved as the Manifesto for the terraced landscapes of the world.
During the last day spent in Mengzi the majority of participants of the Conference spontaneously gathered, formed and signed the birth of the independent movement named the ‘International Terraced Landscapes Alliance (ITLA)’. Until now more than 200 professionals and activists are affiliated with ITLA from more than 20 countries.

The Second International Conference on Terraced Landscapes was held in Cusco, in the Andes of Peru, from 15th to 22nd of May 2014. The aim of the Conference was to provide a forum for researchers, activists and terrace farmers from terraced landscapes in the world to discuss and agree upon actions to protect, preserve and promote terraced landscapes.
The guardians of the terraced landscapes and their biodiversity, the cultural and natural diversity are treasures for the present and future of humankind. Their debates were critical to come up with motivating ideas to protect and to promote the terraced landscapes in Peru. They started at individual and family level to involve the younger generation to learn the techniques, rituals and values of terraced agriculture. At community level the participants mobilised the communities and also their local education system to value their natural resources and their food culture.
At national level the delegates proposed to get organised as a Federation of Terraced Communities to stop damaging policies, to defend their rights with support from outside organisations (NGOs, lawyers, activists), to work with scientists for the recuperation of traditional crops (seeds) and the reconstruction, revival of abandoned terraces. Internationally they want be linked to other movements and farmers worldwide, and if possible join the ITLA 2016 in Italy and there have the chance to exchange their concerns and interests and experiences with their fellow communities.

What will be the future of terraces rests upon
our understanding and awareness of what we will do now.
We wish, through our joint efforts, that the terraces
will last forever, benefiting future generations.

The Third World Meeting on Terraced landscapes is organized by the Italian Branch of the International Terraced Landscape Alliance, which was legally founded in November 2011 in Arnasco (Savona) following the First International Conference held in China. Our five founder bodies are the Cooperativa Olivicola di Arnasco (SV), Arnasco Municipality, Consorzio della Quarantina (GE), Veneto Region and University of Padova

The Association has a continuously growing number of associate members who represent – through their personal status as citizens, farmers, artisans, public and private institutions, associations and researchers – the multidisciplinary richness linked to terraced landscapes. The Italian Branch of the Alliance believes in the active implementation of the Honghe Declaration and in the sharing of its commitment – to keep alive the interest in terraced landscapes – through offering to become a point of national reference for gathering the vast existing, diverse traditional knowledges, the written and audiovisual documentation, through promoting the inventory of terraced landscapes at national levels, organizing workshops with farmers, activists, researchers, supporting and disseminating good practices about terraced landscapes and communities.

Under the auspices of the Secretary General of the Council of Europe, Mr Thorbjorn Jagland 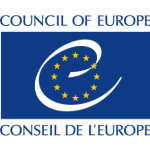